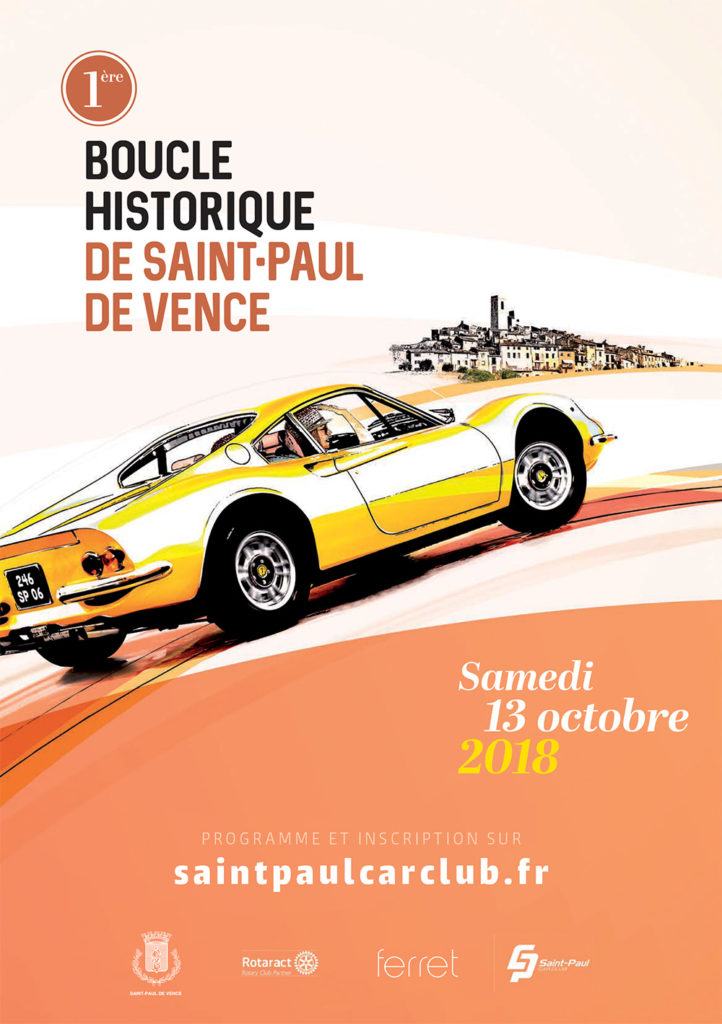 Beautiful old cars for a good cause.

On Saturday 13 0ctober 2018 the car park of The Car Museum Club was bathed in glorious summer sunshine to welcome the teams taking place in the first Boucle Historique de Saint-Paul-de-Vence.

Over coffee and pastries and in a warm and friendly atmosphere, conversations were soon struck up between lovers of classic and sports vehicles.

FERRARI 275 GTBs, Daytona, F40s, Dino 246 GTs could be seen mixing with Lancia 037, AC Cobra, Porsche Carrera 2.7RS and other mythical models.  From the most radical sports vehicles to quaint convertibles, from the 30s to the 90s, the range of cars was as prestigious as it was diversified.  After a short welcoming address followed by a briefing for the drivers, David Terrematte, president of the Saint-Paul Car Club, the organisers of the event, announced the start.  This was given by Michel Disdier, the only French driver to be a part of NASCAR and Pierre-César Baroni, European Rally Champion in 1993.

These speedy cars set off on a tourist rally of about one hundred kilometres, covering the most beautiful winding roads of the highlands of the Riviera. A media team whose job it was to immortalise the panoramic route accompanied them.  From the col de Vence to Gourdon, passing by Gréolières with its balcony roads and famous stone arches, this loop finally lead the teams back to Saint-Paul de Vence. Lunch was enjoyed in the famous restaurant “La Colombe d’Or” where participants could appreciate the local flavours, sitting on the terrace in this magical environment steeped in history.